The Truth about Woodworm

The Truth about Woodworm from the woodworm experts – Timberwise

Debate has raged about the scale of the woodworm beetle problem and whether central heating controls it for many years. 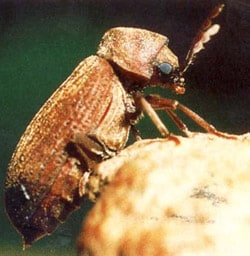 Now the matter can finally be settled by the publication of actual data collated by Paul Carter CTIS CRDS A. Inst. MBM of Premier Heritage, the historical and period property division of Timberwise.

The Truth about Woodworm Study:

Media reports that the use of central heating creates conditions unsuitable for the survival of woodworm in housing appeared with increasing frequency in the early part of the decade. It was further suggested that as a consequence the incidence of woodworm activity in houses had become rare.

No data or other scientific works were advanced to support the postulations, which on the one hand gained apparent credibility by repetition but on the other were dismissed as being counter-intuitive and unsupported by anecdotal evidence.

Investigations and data collations were conducted by Premier Heritage, the historical & period property division of Timberwise, with the purpose of 1, establishing whether or not data supported the hypotheses propounded in the media and 2, if they were, supported to investigate whether central heating could be employed as an active medium for the eradication  of woodworm infestations in houses.
The findings are contained below:

‘Woodworm’ can mean any wood-boring beetle, but is generally used to refer to the Common Furniture Beetle (Anobium punctatum).
Surveys of properties were conducted in 2001 and preliminary findings published. Further surveys were conducted in 2002, 2003, (resources were not available in 2004) and 2005.

The beetle activity was denoted by the presence of new emergence holes and insect frass.
In 2001, 2002 and 2003, each property was the subject of examination of roof and ground floor timbers. Not all ground floor timbers were available for monitoring. In 2005 only roof voids were investigated.

Where properties had central heating systems, they had been installed for over 20 years and the effects of such heating would have been well established. Surveys were carried out when heating systems would have been in full use.
Further data recorded included the relative humidity in the roof voids and moisture content of the timbers. 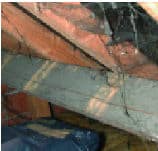 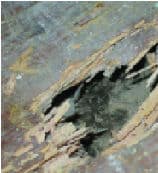 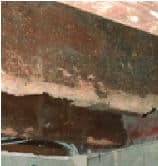 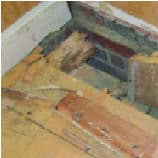 Discussion
· Timber is hygroscopic, which means its standing air-dry moisture content varies with changes in the surrounding humidity – as the humidity goes up so does the moisture content of the timber, and humidity is partially governed by the external environment and will vary substantially throughout the year.
· In the substantial majority, roof and floor timbers had moisture contents in excess of 12% despite the influence of central heating.
· Wood does not have a ‘static’ moisture content and the moisture level will vary considerably throughout the year, with or without central heating.
· The majority of properties investigated were in the course of pre-purchase surveys. Of 204 houses inspected, 145 were suffering active wood-boring beetle infestations (71%). Within this, 118 out of 153 centrally heated houses (77%) were affected, while 27 out of 51 without central heating (53%) were affected.
Conclusions
· There is no evidence that the use of central heating creates conditions unsuitable for the survival of woodworm in houses.
·  Central heating cannot be employed as an active medium for the eradication of woodworm in houses.
· The moisture readings obtained in the timbers of centrally heated houses suggest that central heating may actually increase moisture levels in timber.
· The incidence of woodworm remains widespread.
Do you require a woodworm survey or need specialist advice on woodworm treatments? If so simply click to arrange a survey or call 0800 288 8660.