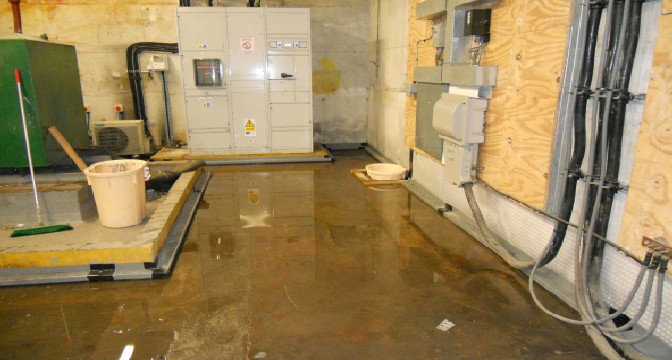 How to dry out a room after a leak

Flooding is without a doubt a problem on the increase in Great Britain. What used to be an infrequent occurrence now appears to be happening with alarming frequency.  Periods of heavy prolonged rainfall combined with the ground not absorbing the rain water are only adding to the problem. Flooding to properties can happen though in many different ways.

A common misconception is that for flooding to happen to a property you need to be living near a river.

The example shown below from one of our Manchester timber and damp surveyors, shows the property was nowhere near a river – the cause of the flood was the mains water into the house. The water tank in the property had burst whilst the property stood vacant and was for sale. As a result, the leak was not noticed until it was too late and the flooding had taken hold.

When the water leak has eventually discovered the water to the property was turned off and the job of removing the excess water within the property started. It was at this point that a fundamental mistake was made in the cleanup process of the property which was to lead to disastrous repercussions.

The pictures below show mould growing across the floor area in the lounge. In the kitchen area standing water can still be seen on the floor. The second photo shows more mould growth on the ceiling (possibly the early stages of dry rot) along with black spot mould formations. 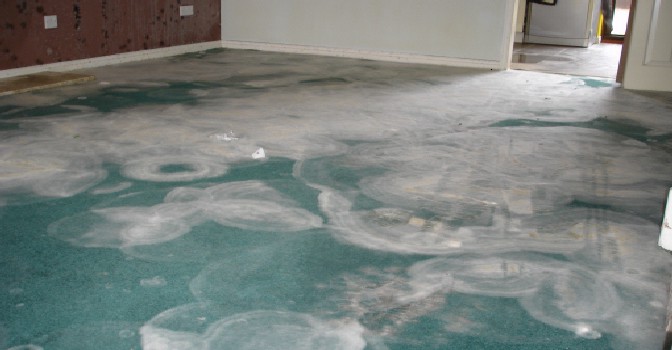 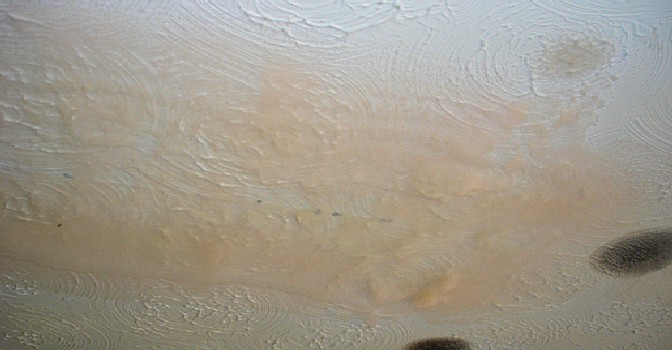 What should I do if my property is subjected to flooding?

The best plan of attack if your property has been subjected to flooding is call in the professionals at an early stage.  A reputable company experienced with flood-damaged properties, such as Timberwise, would be able to diagnose the best way to ensure the property is dried out fully to avoid future problems. By making sure the property is dried out correctly you can avoid secondary flooding and the issues associated with it.

There are various ways to dry a flooded property – these include:

Speed drying: This uses heaters and hot air to force the moisture out.

Dehumidification: Desiccant and heat exchange types are commonly used by flood drying companies.  Desiccant dehumidifiers operate by absorbing moisture from the air. Heat exchange dehumidifiers work by drawing air over a cold surface where water is condensed out of the atmosphere. These dehumidifiers are most effective where the air is warm and relative humidity can be held at a high level.

Fresh air:  When conditions are right large volumes of relatively dry warm air over a damp surface will be enough to achieve very effective drying. Sometimes at certain times of the year, the best way to achieve drying is to open all the doors and windows and simply let the air blow through the property!

Who should I speak to?

If you have a property that has been subjected to flooding give Timberwise a call to see if we can help you. Call 0800 288 8660 or complete our online survey request form.