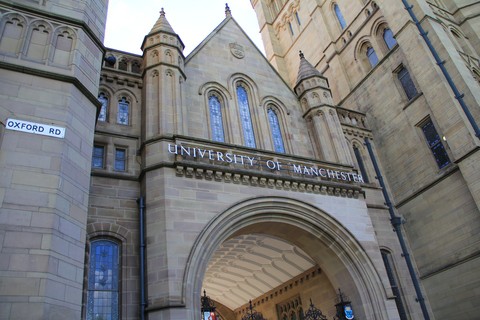 The University of Manchester’s listed buildings are rich in history, with the first buildings on their Oxford Road site dating back to the 1870s. The university now has over 30 listed buildings, but which buildings have stood the test of time?

Named after German engineer Charles Beyer, The Beyer Building opened in 1887 to house geology, zoology and botany. The building also connects to the Manchester museum allowing students to access the many specimens in the museum for teaching and research.

The Christie Library started construction in 1895 and was complete in 1898. The collections in the Library served the whole University (excluding medicine) until the Arts Library opened in 1937. The building has since been redeveloped as offices and within the building, you can find a bust of Mancunian chemist Robert Angus Smith and a portrait of Lord Woolton, whose famous meatless pie kept Britons fed during World War II.

Mathematician and computer scientist Alan Turing is well known for his work during World War II where he helped to decode German messages that had been encrypted by Enigma machines. In the late 1940s Turing came to Manchester and the ‘Turing test’ was invented, this test was used to define whether machines could think. Turing’s work is now acclaimed across the world.

Waterloo Place is made up of several Victorian terraced properties that were built in the 1830s. Typical with the design of Victorian properties they have bay windows and benefit from a large basement area.

Timberwise were instructed by the university to carry out a timber and damp survey as they suspected the listed buildings had fallen victim to damp. The corridors on the ground floors were showing wet to touch and the moisture coming through was ultimately badly affecting the internal decoration

The Sackville Street Building has been home to the study of science, technology and engineering at the University of Manchester for over 100 years.

Timberwise were called upon to provide an expert waterproofing solution to their damp problem in the basement where large pools of water had become visible on the floor area.

Here at Timberwise we are committed to the care of historic and listed buildings to ensure they can continue to be enjoyed by future generations. We have worked closely with the University of Manchester to sympathetically maintain their historic built environment.

So, you trust Timberwise to provide you with the right solution for your historic or listed building. Don’t hesitate to contact Timberwise by calling on 0800 288 8660 or you can request a survey online here.