Timberwise»Blog»Damp»How To Remove The Damp Smell From Your Home?

How To Remove The Damp Smell From Your Home?

There are plenty of negatives that go along with the discovery of damp within your property. Structural issues, potential health concerns, and potential spread of black mould arising from the damp – but one aspect of damp that people don’t often think about until it’s too late is the smell that can permeate through your property.

So, what can you do if damp isn’t just affecting the structure of your property, but the actual smell of your home?

How To Get Rid Of Damp Smell In Your Property

There are a couple of steps that you will need to take in order to get rid of the damp smell in your home – but It can be done!

Step One: Identify The Source Of Damp 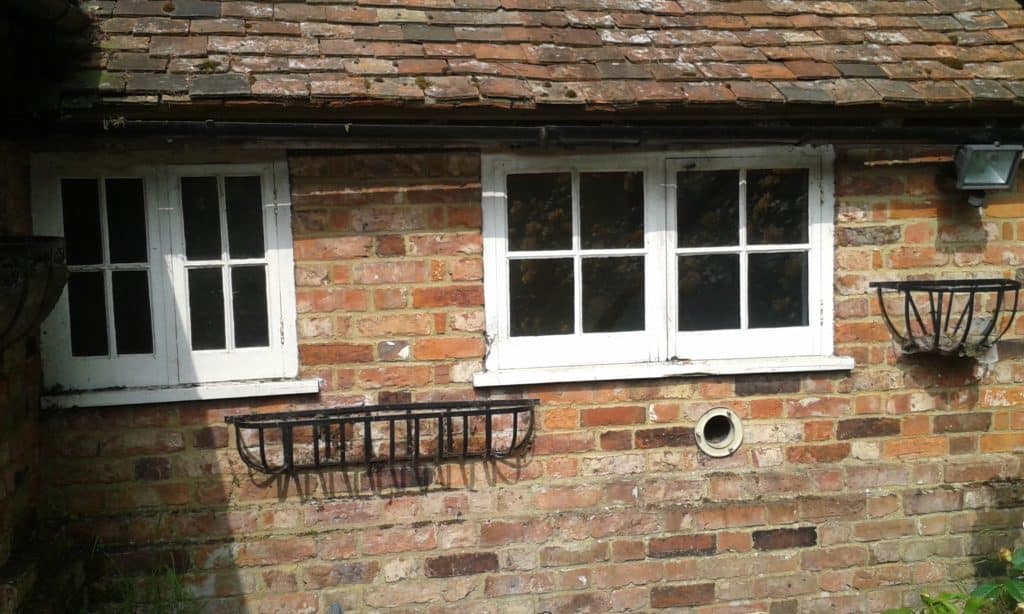 The main thing to understand when it comes to removing the smell of damp is that the smell is going to stay in your property forever if you don’t treat its source. If the cause isn’t dealt with then no matter what you do the smell, as well as the other side effects of damp, are going to come back time and time again.

So, be sure to look around your property and figure out exactly where the source of the damp is coming from. If you can’t actually find the source of the damp, but suspect that it has gotten into the structure of your building then call a professional to come and assess your situation. Sure, this might seem like a stretch when it comes to removing a smell, but we are talking about the removal of damp.

Having a qualified surveyor come out to your property to identify the cause of damp in your home is a pretty important step. Alongside saving yourself from the smell that results from damp, you might also learn of crucial repairs that need to be put in place, and what steps can be undertaken to stop the resurgence of damp in your property in the future.

You might also find that the surveyor finds no signs of penetrating damp or rising damp in your home! This might sound odd, but one of the main culprits of the musty smell that results from damp is actually the black mould that damp can spawn. This black mould might result from a build up of condensation though, and if that’s the case a trained surveyor will be able to help you identify why and how condensation has caused mould to grow in your property.

Basically, having the source of your damp smell professionally identified is going to help you not only track down where the smell is coming from, but also how to eliminate the source that is producing the smell in the future! 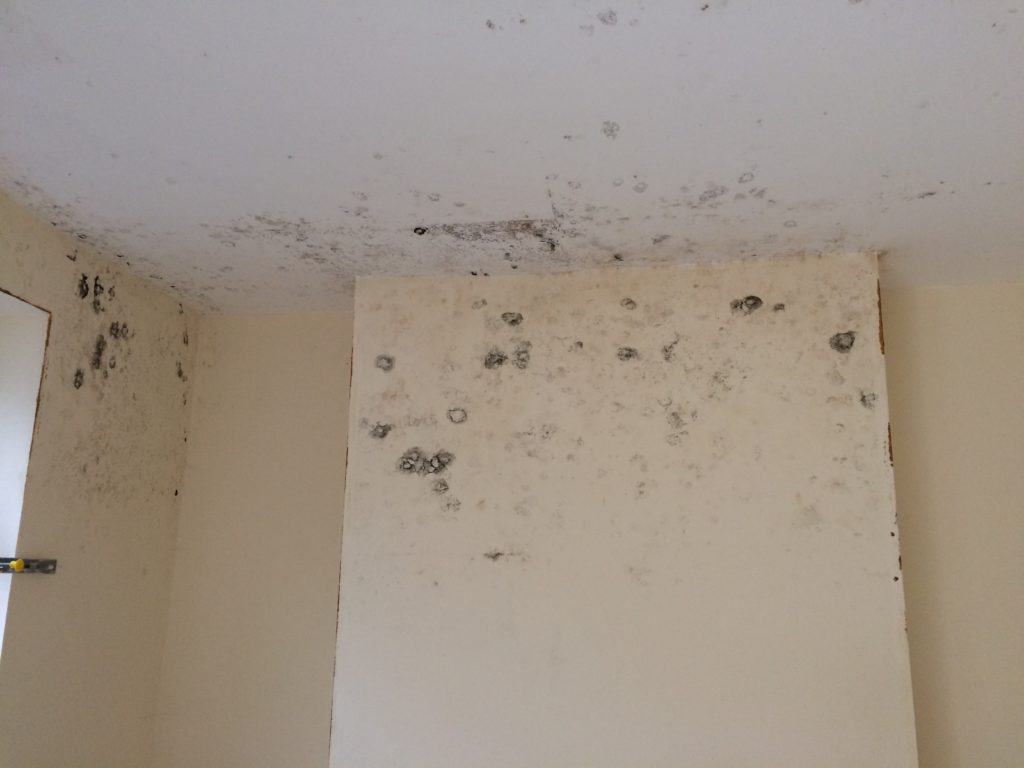 When it comes to the actual smell of damp, a lot of the time the actual culprit isn’t the damp, but instead the mould that occurs as a side effect of the damp itself. Luckily though, you already read and dealt with step one in this list, which means the most likely cause of the mould has been eradicated from your property!

Now, you have to think about eliminating the mould itself. This can actually be fairly simple, with most black mould being eradicated by way of a simple to use mould eradication kit. Usually this is enough to safely remove the black mould stains from your walls, but we have a more comprehensive guide on how to clean black mould here if you are truly dedicated to getting rid of that damp, musty smell.

Sadly, not all surfaces will be able to be cleaned of their mould, so for plasterboard and other no-redeemable surfaces you may need to look into replacements. Don’t worry though, once the black mould is out of your property, it will no longer be capable of releasing its spores into your building, making it much more difficult for it to return in the future!

Once the black mould has been removed, you are going to want to clean out the room that the damp smell was infesting so that the residue is entirely gone. Don’t forget that aside from the smell released from damp and black mould, the spores of black mould can be released and spread throughout not only the room the mould is growing in but the entire property.

Use a trusted cleaning solution to wipe down all surfaces, walls and other appliances that might be in the room. If you have to, you should also wash any bedsheets, clean any carpets or curtains with a steam cleaner or just to the best of your ability.

Once you are done cleaning you are going to be a lot closer to eliminating the smell of damp permanently!

If you have already eliminated the source of the smell, and done a thorough clean of the room(s) in which the smell was present, then its time to replace the damp smell with a nicer, fresher one!

First off, try to open up as many windows as possible in your property so that you can get a decent airflow through the building and flush out any of the remaining smell in the air around your property. Plus, this is going to hopefully air out any remaining fungal spores that could be floating around your property, which will go a long way in stopping any mould returning!

Once you have aired out your building, its time to introduce a new and more pleasant smell. How you do this is entirely up to you: Some people like air fresheners, some like candles, and some like to use scentless cleaning products so that they can keep their property retaining a neutral smell.

Whatever your preferred method of deodorising and refreshing a room is, go for it because at this stage you will have hopefully removed the source of damp, eliminated and cleaned away any resulting mould and have your property in a refreshed condition that will easily retain a more pleasant scent.

Obviously, if you have had a property care specialist out to your home or building to deal with the source of the damp, then you are already going to be pretty secure when it comes to eliminating the threat of it reappearing later in life.

And there you have it! A pretty simple to follow five step plan to removing the smell of damp from your property. Whilst some of these steps might look a little cumbersome, we promise that its worth it: The removal of damp is a huge boon to the health of your property, and the smell of it alone is enough to indicate the presence of mould spores, which could actually be dangerous to your health!

Don’t wait, act early. If you suspect damp in your home, and you want to eradicate it alongside any of the resulting side effects, be sure to contact one of our expert surveyors today!