What is Interstitial Condensation?

Right now there are plenty of people across the UK who are going to be affected by different and varying forms of damp and moisture related problems in their home. The real issue however is that a lot of these people aren’t going to be able to correctly identify these problems, as they are unsure what the different damp and rot issues actually look like.

Let’s start with the basics though, just so you are fully aware of what is in your home should you suspect interstitial condensation has taken hold.

What is Interstitial Condensation?

There are going to be plenty of people reading this article who are already familiar with the basics surrounding condensation and humidity within the home, and aware that too much of it within any property can cause your home to develop damp and even black mould. This is thanks to the condensation providing the ideal environment for black mould to grow.

Interstitial condensation, you will be pleased to know then, is much the same, but a little more complex.

Now, for those unaware, condensation is a by-product of life: It’s unavoidable. In a house for example, you can expect hot water, dishwashers, washing machines, showers – all different kinds of sources of warm water to release humid air into your property, and it doesn’t stop there.

Cookers, poorly ventilated rooms, in house exercise – even the humidity stored within your breath when you exhale, this can all build up within the atmosphere of your building, and cause the air to become rich in moisture. 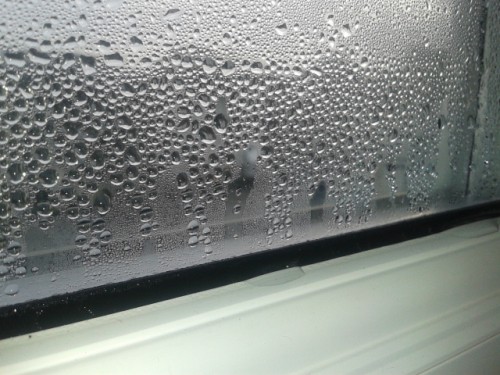 On its own, this isn’t an issue. Humid air is for the most part harmless, and up to the inhabitant when it comes to comfort. However, if the moisture in the air reaches what is known as the ‘dew point’, then you are going to have a big problem.

It’s at the dew point that the humidity has reached 100%, and following that any drop in temperature is going to cause the humidity in the air to condense and start to appear on surfaces. This is where lots of different problems like damp and black mould can begin, as the moisture deposited in this process is often either a catalyst or a direct cause of these problems.

Now, interstitial condensation is a little different. As we just mentioned the dew point being reached in a room, and then the moisture in the air collecting on surfaces. What if instead the dew point was reached once the moist air had already penetrated a surface, such as a brick wall or under some plasterboard?

That’s exactly what interstitial condensation is, it’s when moist air makes its way within the elements of the building itself, wherein the moist air encounters a drop in temperature and reaches its dew point within brickwork, within the plaster or even just underneath wallpaper – all these being problematic.

Interstitial condensation begins the same way that most condensation related problems do: With the build up of humid air within the property.

It’s the behaviour of this built up humid air that causes interstitial condensation. Typically this warmer, dense air is going to move towards areas of the property that are cooler than the air itself.

The reason that the air travels in this way is mainly due to the difference in pressure between warmer and cold air. Typically, warmer air will travel towards colder areas thanks to the drop in pressure between the two temperatures. This explains why the warm humid air in your property might be entering walls and other property materials rather than remaining in any one fixed location.

Now, its within these areas that the dew point of the humid air is going to be reached. If, for example, the warm air is travelling from inside a recently used shower room, through an exterior wall and then comes into contact with a lower temperature the closer it gets to the outside world and the lower temperatures it is inevitably going to meet, then the moistures dew point is going to be reached within the wall itself, and condensation will form within the wall.

Typically, that is how most interstitial condensation forms. It might not even be within your walls, it could be underneath wallpaper, within light sockets, behind a skirting board or even within plaster board – the point is that it happens once warm, moist air penetrates through a buildings fabric, leading to the development of interstitial condensation, and the problems that arise from it. 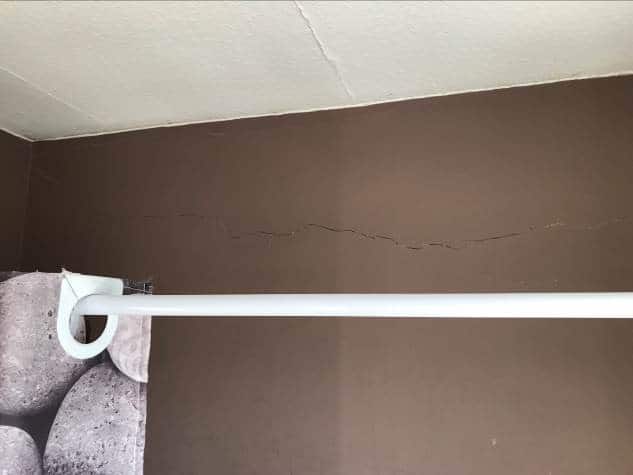 As we have just mentioned, interstitial condensation usually builds up on the interior of a buildings fabric. That means that, to the layman, it might appear that all is normal within your property until the damage has already been done. What signs can you look out for then that indicate that you have potentially got an interstitial condensation issue within your building?

Firstly, check the humidity levels in the building. If they are high, then that is the very first sign that you could be in for interstitial condensation, and it should be addressed immediately. Also, check your property for fluctuating temperature levels – if they rise and fall too much throughout the building then that’s a good sign that warm, moist air is going to be ‘pulled’ through the walls to cooler areas.

Next, look at your walls themselves. If you notice at any point that patches of your properties walls appear damp, moist, or wet, especially when they have no reason to be, then you could be looking at the first displays of damp in your home. At this point, we would advise you to contact a specialist to survey your property and the extent of the damage so far. 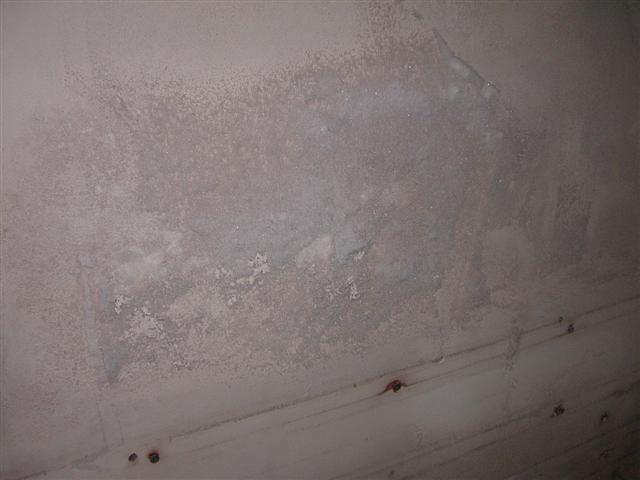 You should also be on the lookout for hygroscopic salts appearing on walls. These salts are a clear sign of damp, and get darker when moisture is present as it soaks into these salts. The signs of salts within the wall are quite easy to spot. Look out for peeling wallpaper, rising paint and other damage to your walls, as all of this can indicate that your walls are holding moisture within them, and slowly succumbing to damp. 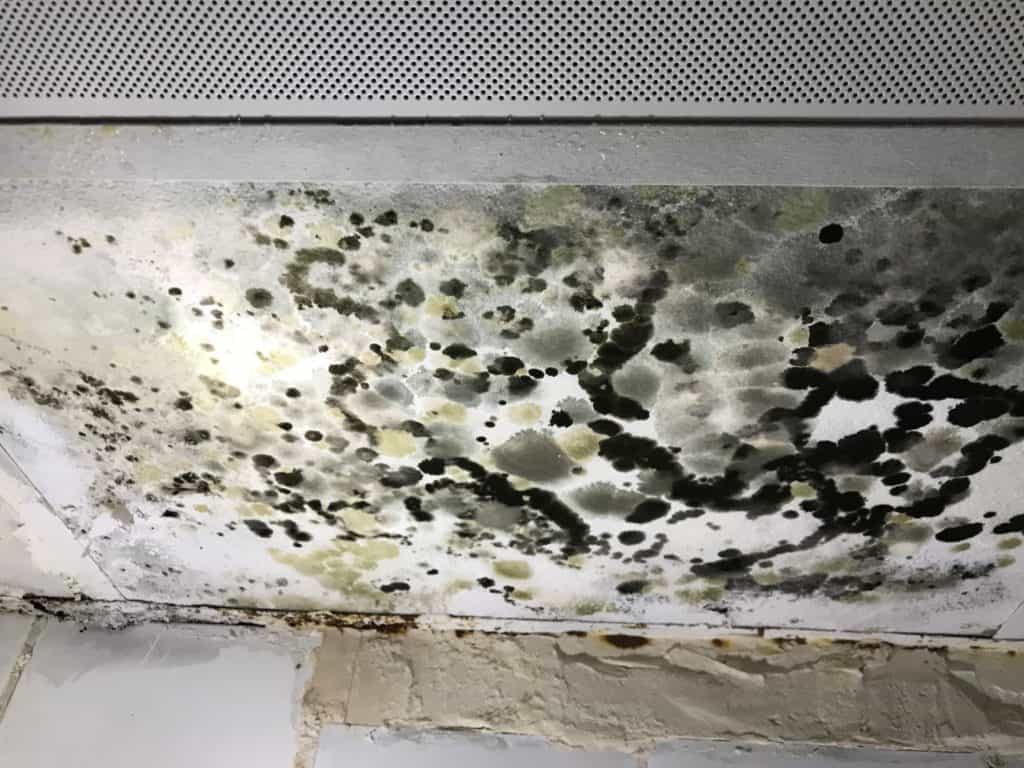 Finally, keep an eye out for distinct black mould. If the build up of damp from within your walls has been missed, then the tell-tale splotchy blots of black mould on your buildings walls will definitely give you a clear indication that you have damp present within your building.

These signs are handy for recognising interstitial condensation – but what can you actually do about it once it has been identified?

How to Stop Interstitial Condensation

If, by chance you are reading this article and have not yet recognised or have no reason to believe that your home or building is suffering from the affects of interstitial condensation, then you are in a very enviable situation, as preventing it is much easier than removing it.

Ideally, your property should remain insulated, with a dependable set temperature that does not vary from room to room. Keeping your building at a set temperature will be vital in making sure that once the moist air enters a wall or other fixture, that it won’t encounter its dew temperature within and condense.

This forces the humid air out of the building safely and evenly through the controlled methods of ventilation. As the air is being pushed it is set at a regulated temperature, so you won’t have to worry about the humid air ever encountering cold environments.

Combine this with thorough and concise insulation. Consider waterproof insulation within your walls so that the material never becomes damp itself, attracting black mould, and you will have a long term solution to your interstitial condensation problems.

As for the damage that interstitial condensation can do, then you really need to leave it to the experts. Our surveyors are capable of identifying the damage done to your property by condensation, damp, and mould – and they will be more than capable of providing quick feedback on the actions that you need to take in order to have it safety dealt with.

Usually, these actions can be undertaken by our highly qualified and experienced technicians, who they are ready to remedy any damp or mould issues you might have in your home.

And that’s about it – everything you need to know about interstitial condensation. If you are looking to book a survey to make sure that any potential moisture damage or damp in your home is contained and dealt with, you can book a survey here, or alternatively give us a call on 0800 288 8660 for advice!