During both the summer and winter months of the year windows can mist up. One of the main reasons for this happening is that your property may have high humidity levels. High humidity levels can lead to more damp related problems than just condensation on the windows.

So, can simply opening windows reduce damp? In this article, we answer this question as well as explain why you should reduce damp at your property as quickly as possible.

How Does Damp on Windows Occur and Why You Need to Get Rid of It?

Damp itself is actually a side effect of window condensation. Condensation on windows occurs when warm moisture-laden air inside comes into contact with a cold surface such as a window. This then will result in the commonly seen mist appearing on the windows. This is something you are probably aware of, as this occurs in cars as well.

You might think a bit of mist on the windows is not too bad but if you leave condensation to build up on the windows then this will eventually affect the wooden window frame around the glass. When wood is affected by dampness then this is can lead to wood rotting issues.

If there are high humidity levels affecting the windows then other cold surfaces such as the walls surrounding the windows will be affected as well. When the walls became damp from condensation then this will create the ideal conditions for black mould growth to occur. While damp itself does not affect your health, black mould can be problematic and cause health issues.

So, Can Opening Windows Reduce Damp?

The short answer is that it depends on the situation and the type of damp. The reason for it depending on the situation is that if the condensation problem has already taken a hold then black spot mould may have already started to grow or if you have a leak problem, then opening windows in your house is not going to reduce the damp levels.

Another scenario that you need to bear in mind is when the humidity is at a higher level outside than the inside of the house. Opening the windows would only be allowing humid air into the room. You should also keep the windows closed when there is cold weather or if it is raining but the exception to this is if you are having a hot shower or cooking then your windows should be open.

You will generally find that if the temperature outside of the property is low then it will cool onto the window glass. If the air inside of the room is warm, then when it comes into contact with the cool glass it will condense and the familiar signs of condensation will become visible.

Dealing With Other Types Of Damp On Windows

Dealing with condensation is a much simpler process to deal with compared to dealing with damp. Damp cannot be removed by simply opening windows. Though it can be stated that improving the airflow in the property will remove an element of moisture from the damp affected area. If you want to remove damp completely then you will need to identify and treat the source of the damp problem.

There are two other types of damp that can cause problems to your house, these are penetrating damp and rising damp.

Penetrating damp cannot be removed by simply opening windows, instead you would need to fix the external defects at the property that are causing the problem. These external defects can include a range of issues from damaged gutters to leaks in the pipework. To reduce the damp musty smell, it might be worthwhile though opening your windows to allow fresh air to flow through the property.

Rising damp is less likely to occur on or around your windows as damp will only rise to approximately 1 metre above the ground.

While damp cannot be reduced by opening windows, it can help to reduce the humidity levels in your property to make sure that condensation is not a common occurrence.

What Other Ways Can Humidity Be Reduced?

You can expect at some point though to see some condensation on windows at your property. However, if it is happening on a regular basis or if you are starting to see black mould growth appearing around the window frame, then the condensation levels will need to be lowered as soon as possible.

Warming Up the Temperature of the Room

Warming up the room is an ideal solution to help remove condensation. By warming up the house, this will then also warm up the windows, meaning that the warm air from cooking and bathing will not be able to condense onto a cold surface and form condensation.

Using a dehumidifier might not be the best solution against damp but it is an effective short term way of dealing with high humidity levels in your house. They are great to have in areas where there are high levels of humidity such as a bedroom.

One other solution to improving air flow and reducing the possibility of condensation is by using extractor fans in the bathroom or kitchen. You should have the fans turned on before using any of these rooms and left on for a period of time afterwards to make sure that the warm moisture laden air has dispersed from the room. 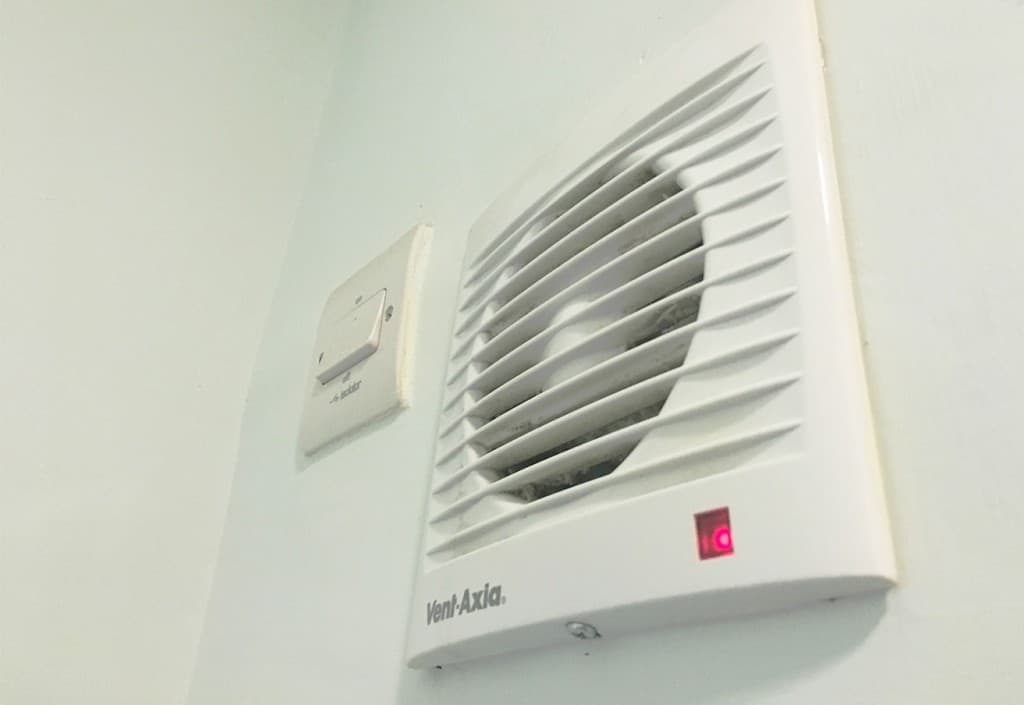 Opening windows can be one step to reducing dampness but there are multiple elements that can have an impact on this e.g. the type of damp, the cause of the damp problem as well as the temperature and the weather. We would always suggest though that when cooking or showering that you should open the windows to allow the moisture laden air to escape.

However, if this is not reducing the damp on the window then there could be another underlying problem that needs to be dealt with first.