Black mould is a type of fungus that can affect any type of property and as the name suggests it will be dark or green in appearance. We are not doctors so we can’t help you if you are experiencing health problems so you should contact your local GP for advice. This article will detail signs of black mould, what happens if black mould is left untreated and what to do if you have black mould within your house?

Where Does Black Mould Come From?

Black mould usually occurs in rooms where the most warm moisture laden air is located, such as the bathroom, kitchen or bedroom. When warm air lands onto a cold surface such as a wall, then this is where the mould growth will start to form and cause problems.

If you have black mould present then it should be removed from your property as quickly as possible.

How to Check for Black Mould? 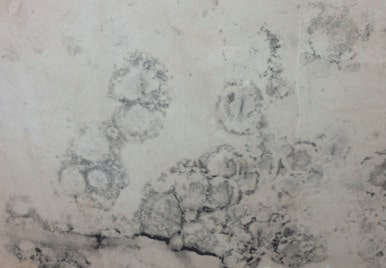 Symptoms That Black Mould Is Affecting Your Health

To understand how black mould affects your health we will outline most of the common signs that you are suffering from black mould:

How Dangerous is Black Mould?

So how dangerous is black mould? Mould can affect people in different ways and in most cases, you may not show any symptoms. If you are exposed to inhaling the air in a room where mould is present over a period of time, then those symptoms are more likely to occur, especially if the person has a mould allergy or the person has underlying health issues. Health issues can also affect young children if they have asthma.

If you or any of your family members are experiencing any of the symptoms listed above contact a doctor for assistance.

While black mould causes the most harm to people that have allergies or asthma problems, having long term exposure to mould is not particularly healthy for anyone.

Can I Stay in My House with Black Mould?

If your house is experiencing black mould issues, then you can stay in your house, but you should make sure you stay some distance away from mould spores within the affected room.

Before entering the room again make sure the black mould problem is removed and all the preventative measures are in place, so it does not occur again.

How Can Mould Be Removed from Your Home?

One of the first things you should do before trying to remove mould from your house is to identify why the black mould is occurring in the first place. This can be from a lack of ventilation in the property to a water leak.

If the house is suffering from structural defects, then these should also be fixed first before dealing with a black mould problem.

One of the main causes of black mould is a lack of ventilation, but even if it isn’t, then you should still open your windows and doors to allow the clean air within the property and allow the moist air to flow out of the property. A black mould removal kit should be used to remove the mould from the affected surface.

If you would like further advice, then check out our treatment of black mould page. You can also speak to one of our specialists for further advice or if would like to arrange for a surveyor to inspect the property and advise on how to deal with the problem, then get in touch with us.