Timberwise»Blog»Condensation Control»Why Does My House Have a Musty Smell and How Do I Get Rid of It?

Why Does My House Have a Musty Smell and How Do I Get Rid of It?

Musty odours can be a very common issue in a number of households; however, a majority of homeowners are unaware of exactly what the cause of the smell is. Unfortunately, in some cases, there is potentially a greater issue lurking within your house than a simple musty odour.

In our latest article, we explain what potentially causes your home to have a musty smell and what can be done to get rid of it.

What Causes My House to Have a Musty smell? 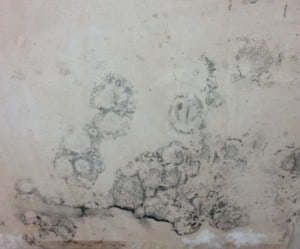 There are a number of different reasons for your house to have a musty smell. Having a musty odour in your home is more than likely to be a sign that there is a mould problem.

The cause of black mould in your house is often as a result of having moisture laden air trapped within the atmosphere of the property – this is better known as condensation.

As a result of condensation tiny microscopic mould spores move through the air, these spores then land on surfaces such as furniture, windows and walls. This then develops into black and green coloured mould spots, which are commonly found in damp areas of the home.

The lack of ventilation in houses is one of the key aspects of a property having a musty smell. It is also one of the leading causes of the build up of condensation. Further on in this article, we provide solutions on how to improve airflow.

Spills and Messes Not Properly Cleaned

Whenever your pet makes an unexpected mess or there is a drink spillage that is either not cleaned or not cleaned properly it can be absorbed by the fibres in carpets. The odour from this can then last for many years if it is not properly cleaned through. 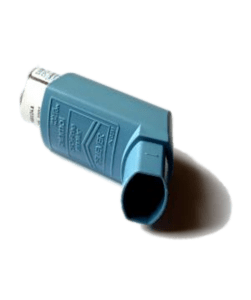 Regular exposure to damp and mould in a property can lead to respiratory problems and, for example, in the cases of people who already have asthma, can even make their condition worse.

In severe cases, it can also lead to further aggravated symptoms where individuals also develop skin conditions. These are very common health issues, especially for many homeowners in Britain due to the cold and damp weather conditions.

Apart from having a harmful effect on the health of those who inhale mould spores, mould can also damage the interior furnishings of a property. Mould discolours furniture as well as walls with a coating of fungal growth, leaving behind a dusty growth together with a musty odour.

It is therefore important to be aware of the effects of damp and mould. Early detection and resolution of an issue can prevent further harm to occupants of the property and damage to the property itself.

While damp is the main cause for a musty smell, our customers often ask if woodworm can cause a smell in your property. The woodworm itself do not smell, however, woodworm beetles are attracted to dampness in timber so it maybe the wood that might smell.

How to Remove the Musty Smell Along With the Mould?

As mould is caused as a result of prolonged condensation, the first step to curing a mould issue would be to help control the condensation levels by reducing the level of humidity within the property. To remove the musty smell and mould from your house there are simple solutions that can be carried out by yourself.

One of the simplest solutions is to open windows and doors as often as you can to improve the airflow within the property. This should be carried out especially in rooms of the property where moisture in the air is most prominent e.g. The bathroom or kitchen.

Use Of Fans and Positive Pressure Systems

Improving the airflow in your property is important to help reduce condensation in your property. This can be achieved by getting the ventilation levels right. This will help make sure that the musty smell is removed as well as the mould.

It is important to keep the property well ventilated to prevent the damp and mould from coming back. To improve airflow, extractor fans are a good solution– especially in areas of high moisture such as the bathroom and kitchen.

Where there are no extractor fans present it is a good idea to try to keep activities that generate moisture isolated. This should be combined with keeping windows open where possible to allow air to flow in and out of your property thus taking the moisture-laden air outside.

Repair Leaks at Your House

If there are leaks at your property, then these can potentially lead to mould and mildew issues. This is where carrying out small home improvement fixes can help.

From sealing leaking windows to the replacement of damaged pipes these minor jobs can help keep mould at bay. Fixing any leaks should be tackled first before improving the airflow within your property. 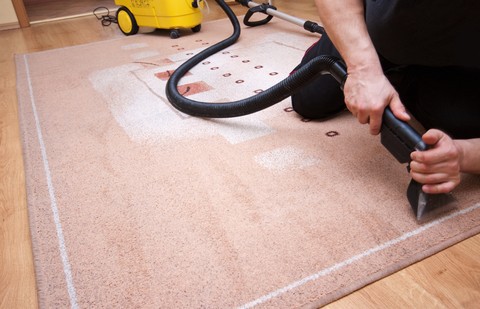 If the carpet has been heavily stained from spillages or pet stains, then these should be cleaned by a professional. In some certain cases, the carpet may also need to be replaced.

If the stain has soaked through the carpet and onto the underlay and floorboards, then the underlay may also need to be replaced and the floorboards sealed with an oil-based paint.

Make Sure Wardrobes and Cupboards Are Emptied and Cleaned Out

Nobody wants to have a musty smell coming from their clothes. You can still have a musty odour on your clothes even though you know they have been cleaned. The reason why this might occur is that there could be some dust left in the wardrobes or cupboards or the clothes that you have washed may have not been fully dried when they were put away.

To reduce the possibility of this happening, you should empty your wardrobe and clean it routinely to remove any dust that is present. Any clothes that smell musty should be washed again and allowed to fully dry before being stored back into the wardrobe or cupboard area.

We hope this article has helped provide you with some handy tips on why there could be a musty smell at your property and what can be done to get rid of it. As we outlined earlier, there are a number of solutions you can carry out by yourself to remove any musty smell from your house.

However, if you suspect there is an issue with mould and damp within your property, it is advisable to speak to a specialist that can conduct a survey. The surveyor can identify the source of the problem and recommend the best way forward for you and your property.

Do not ignore the black mould problem by just wiping it off, painting over it and then spraying air freshener, as the mould will continue to grow back resulting in even more mould spores, causing the damp and foul odours to return.

To find out more about mould and damp, give our experts a call on 0800 288 8660 or complete our online survey request form for help and advice and will contact you as soon as possible.