Woodworm treatment at a windmill in Canterbury

The first reference to windmills in England dates all the way back to “The Domesday Book” in 1086. Windmills are a striking visual feature of the Kent landscape and provide an insight into the agricultural history of the area. They are a physical reminder of their vital part in the communities they helped build.

This particular type of windmill is known as a “Post Mill”, named after the wooden post that the structure is built around. With many wooden windmills having met a fiery fate due to their flammable structures, this one in question has stood the test of time. Timberwise South East was called upon to inspect the windmill as the owner had a suspicion of a woodworm infestation. Timberwise were to inspect all accessible timbers as well as providing any recommendations regarding woodworm treatments and structural repairs.

Lacey Green Windmill is England’s oldest smock mill with wooden machinery dating from around 1650. The windmill was in use for producing flour until 1915. Some repairs were made in 1935, but by the late 1960s, it was close to collapsing. From 1971 it was restored back to working order by volunteer members of The Chiltern Society. 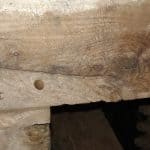 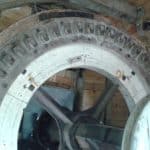 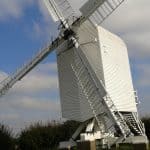 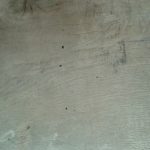 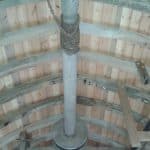 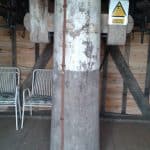 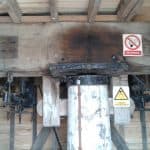 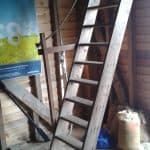 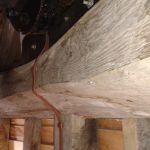 It was evident that both old and inactive infestations were scattered across the timber beams. The internal timbers were suffering from a  Common Furniture Beetle infestation to the joists supporting the upper level. This appeared to be mostly inactive; however, re-infestation could have occurred if this area was left untreated.

Inspection of the large dimensional spanning timber beam revealed an infestation by Deathwatch Beetle, with fresh bore dust indicating recent larval activity. This appeared to be deep-rooted within the shakes of the beam.

The windmill is certainly unique and comes with a number of substantial development challenges. This beautiful windmill was in danger of losing its structural integrity but fortunately, this customer came to the right people. It’s a building that the local community care for significantly. Timberwise is proud to have brought this iconic building back to life and protecting it for years to come..”

Timberwise technicians initially cleaned down and prepared the timbers for treatment. The technicians then applied insecticide and fungicidal spray to the timbers, in doing this the spray absorbed into the wood for a period of about an hour and exterminated any eggs or woodworm near the surface of the timber.

Timberwise also advised that in the treatment of timbers, it may be possible that a few deep-seated larvae would escape the immediate effect of the woodworm treatment as a result of being below the limit of chemical penetration.

These larvae could subsequently emerge as adult beetles in three years following the treatment. In the case of the Deathwatch Beetle, the period of emergence maybe even longer due to their long lifecycle. The active ingredients within the insecticidal fluid continue to work for many years; thus reducing the risk of further woodworm infestations from developing. Timberwise’s expert diagnosis, treatment and the long-term guarantee have given the owners of the mill complete peace of mind that the mill is protected for the long term.

Do you have problems with woodworm? If so, contact Timberwise to arrange a woodworm survey. Call your local office or complete the survey request form. For more information about woodworm and how it can be treated then check out our woodworm information pages on this website.