Mould growth is a problem for most homeowners across the UK and can affect not only property but also your health as well. This type of damp problem is mainly caused by carrying out day to day activities at your property.

The visible signs of mould growth are usually the formation of liquid water on impervious surfaces such as glass, oil paint, tiles, vinyl wallpaper, etc; these can lead to water ‘run’ marks, rust runs (water passing over metal) and where particularly severe it can and does lead to rot, this being especially significant where long-term mould forms beneath timber suspended floors. 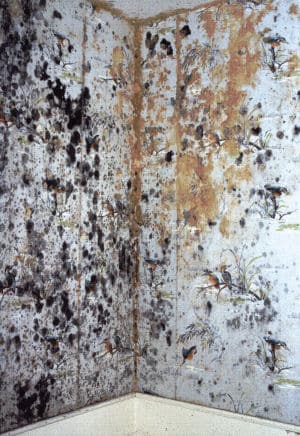 In extreme cases water condensing at the base of walls can also decay timber skirtings; this usually causes a wet rot. On more permeable surfaces liquid water is initially absorbed, only becoming visible as dampness if the condensation is long term and severe.

The Problems With Mould Growth 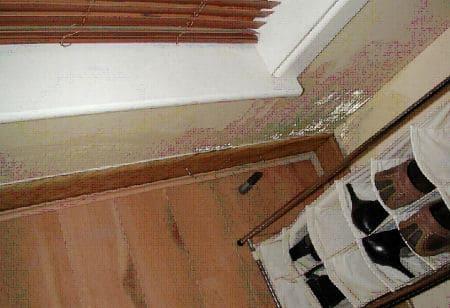 When mould growth is active the moulds emit volatile compounds which caused the distinctly ‘musty’ odours associated with dampness. This can be very important in that it is not uncommon to get such a musty smell yet there is no visible evidence of mould growth on walls.

Why? Mould will grow on water sensitive materials without actual condensation occurring. This happens where the air may remain over around 75% saturated with water vapour where moulds can then develop on such materials like leather and certain cloth.

What grows where depends on the numerous factors the most significant being the particular saturation moisture content of the air (relative humidity). 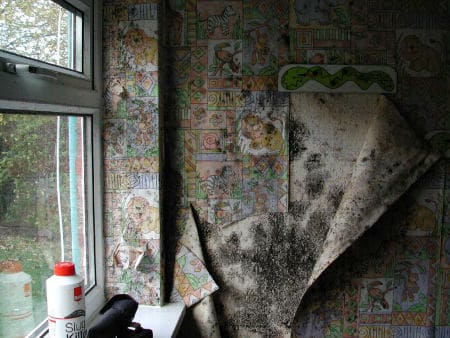 Where does the excess atmospheric water vapour come from? It is often caused from people carrying out normal activities in the property which can be from showering to cooking, just being in a building produces moisture from breathing and sweating.

An individual occupying a property can produce up to 10 litres of water simply from normal ‘life-style’ activities. However, contrary to most people’s beliefs the excess water is not derived from damp walls or floors unless extremely severe such as flooding; these sources are very limited compared to moisture generated from normal ‘lifestyle’ activities and only contribute a very small proportion of water to internal moisture production.

One should also consider that mould will occur in the non-living areas such as sub-floor voids and roof spaces; in these areas, it often remains unnoticed and can lead to timber decay if it is sufficiently long term and severe. 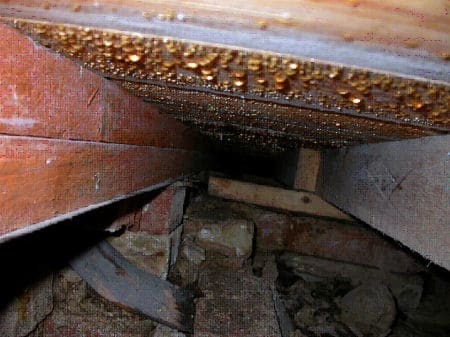 At Timberwise we can correctly diagnose different causes of dampness. Indeed, it is imperative that diagnoses are correct – a misdiagnosis, especially in relation to mould growth and high humidities, can lead to unnecessary expense and continued dampness and deterioration.

How To Remove Mould

We at Timberwise can offer specialist, specific advice and supply complete solutions as to the control and elimination of mould, persistent problems of high humidities, and the associated mould growth.

Mould Treatment can be purchased via the Timberwise Property Care Shop. If the mould removal kit is applied onto the black mould area this will provide a sufficient method of reducing the mould growth in the property in the short term.

If you want a longer term solution, having a bathroom and kitchen fans or a positive pressure system installed at your property.

This will reduce the potential for health hazards associated with such growth in domestic properties and with our recommendations a healthy living environment may be achieved.